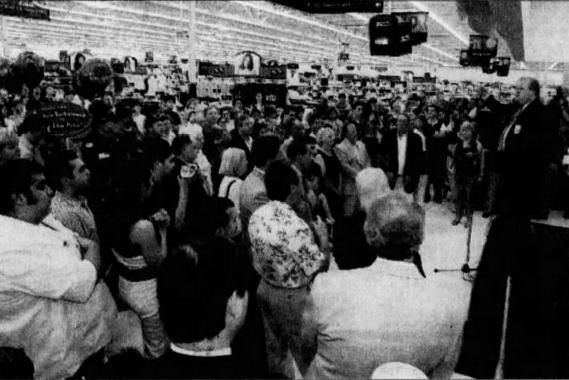 The residents of Boonton no longer have to look at the abandoned remains of the PVO and Drew Chemical plants an eyesore for a number of years.

On Tuesday July 20, Boonton and the surrounding area, along with 200 employees, celebrated the opening of the store.

Just hours after Wal-Mart received a certificate of occupancy, company managers handed out $22,000 in grants to local nonprofit organizations, such as the town’s police and the Ada Budrick Childcare and Learning Center.

For Mayor Edward Bolcar Jr., the grand opening constituted fulfillment of a 1998 election promise to see the PVO site redeveloped.

The site was abandoned and polluted with the leftover materials of the former vegetable oil companies for more than 20 years until Boonton Investors bought the property and redeveloped it starting in 2000.

Wal-Mart is expected to generate about $283,00 in tax revenue. Approximately 85 present of its 260 workers live in Boonton. Wal-Mart’s presence hearkens back to the days when Boonton’s workforce powered the town’s local industries including the PVO and Drew Chemical plants. 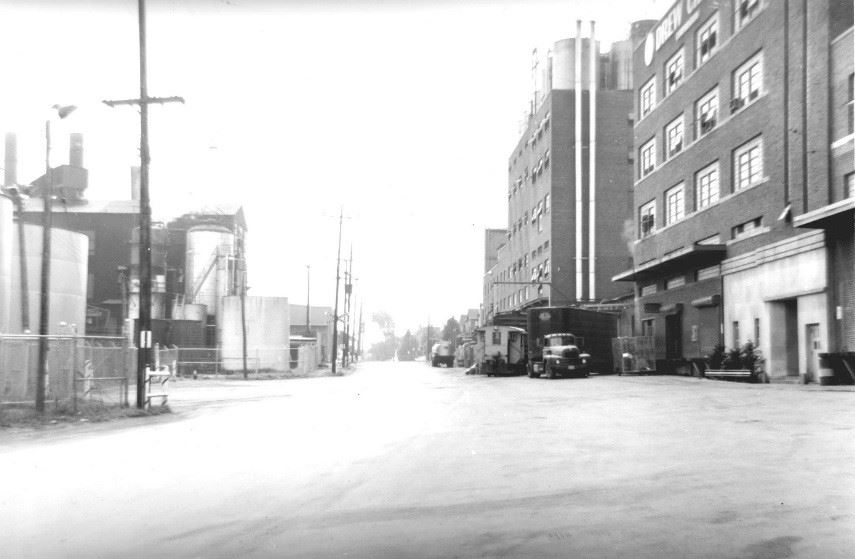 On Wednesday August 24, the new Reservoir Bridge, which carries Route 202 between Boonton and Parsippany over a portion of the Jersey City Reservoir, opened to traffic following a 2 ½ year construction project.

The $15 million bridge – at 711 feet, the longest in Morris County – will be renamed in honor of Othmar Ammann, a master bridge-builder who lived in Morris County and designed some of the New York/New Jersey region’s best-known spans. 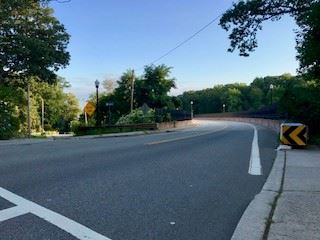 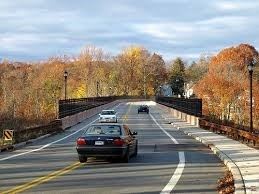 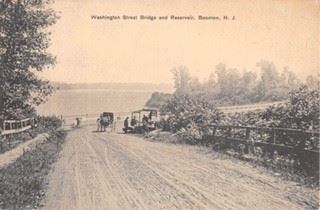 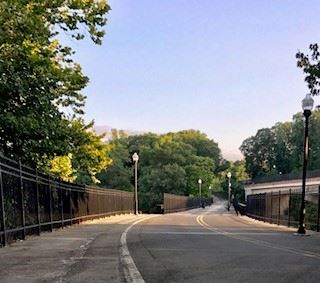 The old bridge, built in 1895, has been placed on the National Register of Historic Places.

The bridge is one of only two Pratt desk truss construction bridges in New Jersey, a style identified by its diagonal members which except for the very ends, all slant down and in toward the center of the span.

The historic bridge was repaired and benches, lights and new fences installed

2005 – The HBO drama series “The Sopranos” come to Boonton 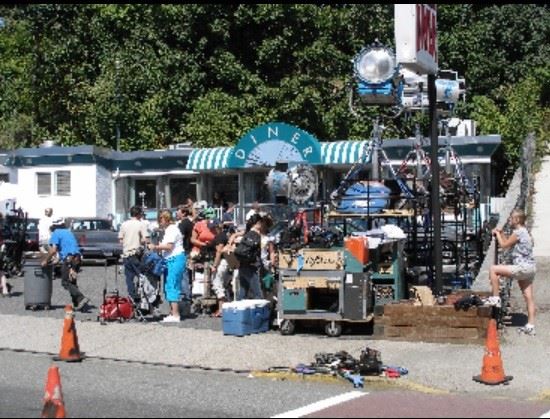 Packs of spectators lined Main Street on Wednesday September 7, looking eagerly through the viewfinders of their movie cameras and camera phones with one question in mind.- Where’s Tony?

The answer – that he wouldn’t be coming to Boonton – came as a bit of a shock to some, who had hoped to get a picture of the fictional Mafia patriarch Tony Soprano as they watched scenes being filmed for the upcoming season of “The Sopranos” on HBO.

In July of 2001, James Gandolfini, who plays Tony, visited Boonton’s Rivera Boxing School. The owner of the school, Jose Rivera, is a friend of Gandolfini. Rivera supplied fans with photocopied pictures of Gandolfini for the actor to sign, free of charge. Fans could also pay $2 for a Polaroid with Gandolfini. Earlier that year, the producers approached the board of aldermen about a possible filming in town that fall, however it didn’t pan out.

Although Gandolfini was not in town this day, actor Joe Gannascolu, who plays the less-readilly recognized mob enforcer Vito Spatafore on the HBO drama series.

Gannascolu, who toiled through numeruos takes in the mid-80 degree sun, ventured across the street to meet with fans, sign autographs and pose for pictures.

When asked for his thoughts on Boonton, Gannascoli said, “ I haven’t seen much other than this block, but I like it.”

The scenes shot in Boonton were set in the fictional town Dartford, N.H. Production crews hung signs on lampposts that read, “Welcome to Dartford,: and painted the ficational name over the “Boonton” on the Boonton Diner sign. 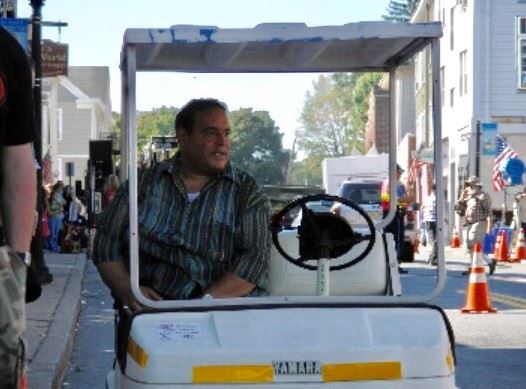 Boonton was one of three towns that producers considered along with Warwick, N.Y. and Clinton in Hunterdon County. But Regina Heyman, location manager for the show, said two factor put Boonton ahead of the competition. “One nice thing is it’s on a hill,” Heyman said. “Instead of looking down a sraight road, there’s more of a landscape”

“One of the main reasons is because the executive producer, David Chase, grew up the first years of his life here, “ Heyman said. “He remembers this place. It’s sort of nostalgic for him.”

The cast and crew of the HBO series “The Sopranos” will be in town for a two-day shoot this week. The shoot seems to have generated equal amounts of excitement and apprehension among business owners ever since producers approached the board of aldermen in July about filming a scene on Main Street. Some Main Street merchants are looking forward to the shoot, saying it will draw spectators and fans who eventually will wander into downtown shops and eateries and spend money. Some fans said they would be coming from as far away as Connecticut to watch the show being filmed.

But other business owners still feeling the sting of a Kmart commercial filmed on Main Street several years ago, said the shoot will prevent shoppers from getting to their stores, and will cost them money.

Store owner Claire Berger was in the midst of moving from the adjacent store front,and she will open for business on Friday. Until then, she said she had no problem letting the producers use her new shop. “In the long run, everybody wins out,” Berger said. “People who didn’t know Boonton now know Boonton.” 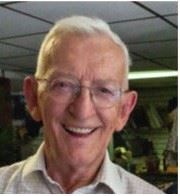 After graduating Boonton High School in 1944 he served in the Army from 1945 to 1947, and later worked for the federal government at the Atomic Energy Commission and the Army’s research base at Picatinny Arsenal.

His decades of involvement and local leadership include nine years on the Board of education and volunteering with numerous civic organizations, including the Boonton Historical Society (former trustee); the Rockaway Valley Garden Club; tending to the memorial gardens at the Holmes Library; delivering Meals on Wheels; Rotary Club (president in 2005); Paul Harris Fellow award in 2006; coaching Little League teams; and lifelong membership at the First Presbyterian Church of Boonton, where he served as an elder, deacon, and member of the Presbytaires singing group.

He perhaps is best known for his 60+ years of involvement in the Boy Scouts of America, from his time as a scout in Troop1 through decades of involvement as a leader, including 15 years as Scoutmaster of Troop2, Chairman of the Boonton District BSA Camping Committee for 20 years, and a founding committeeman of Cub Scout 201.

He received the Silver Beaver, a distinguished service award given by the Boy Scouts. 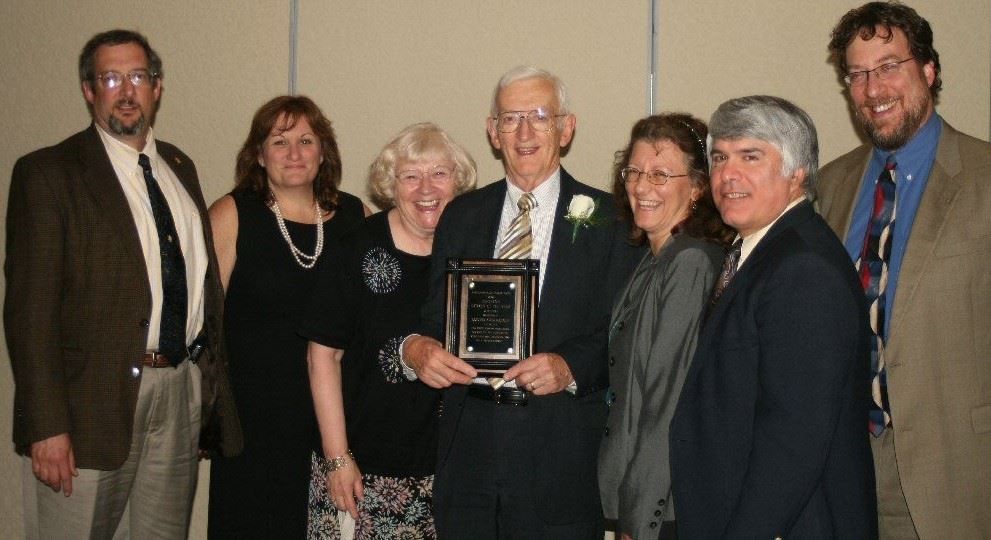 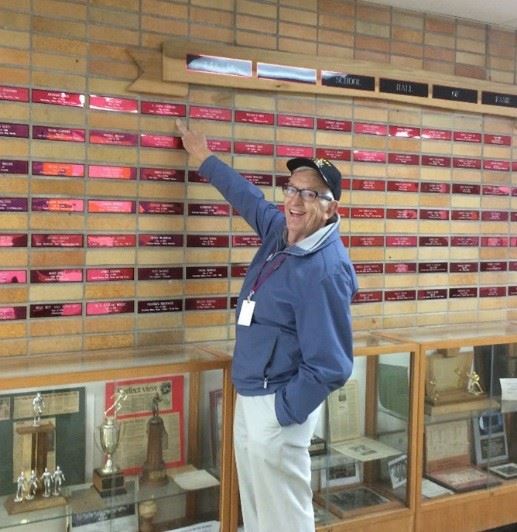 He and his wife Terry have co-written and self-published four books about Boonton and the people who grew up here in the first half of the 20th century.

Lloyd was inducted into the Boonton High School’s Hall of Fame in 2016. (pictured left)