On Saturday August 31, 1991 more than 4,500 people lined the streets of Boonton to view a parade marking the 100th anniversary of the fire department.

The parade, which officials called one of the biggest in the town history, featured 18 bands and engines from 122 fire departments in New Jersey, New York and Pennsylvania.

At the parade, a refurbished Ahrens Fox made its triumphant return to Boonton. The Ahrens has since won numerous trophies and awards at parades in New Jersey, New York, Delaware and Maryland. It was the featured apparatus at the 1993 Firehouse Magazine Convention in Baltimore, Maryland. 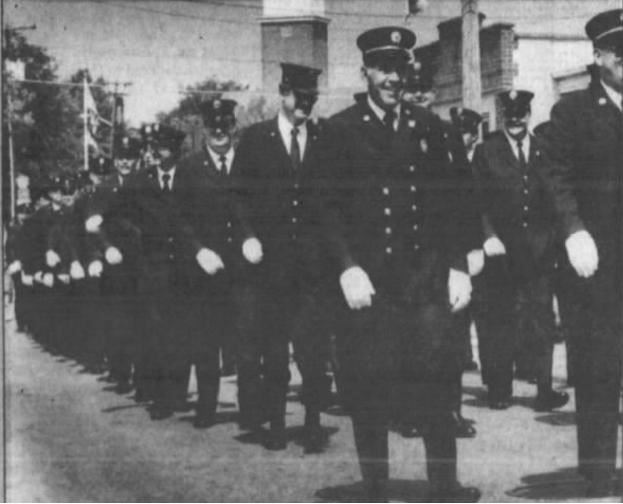 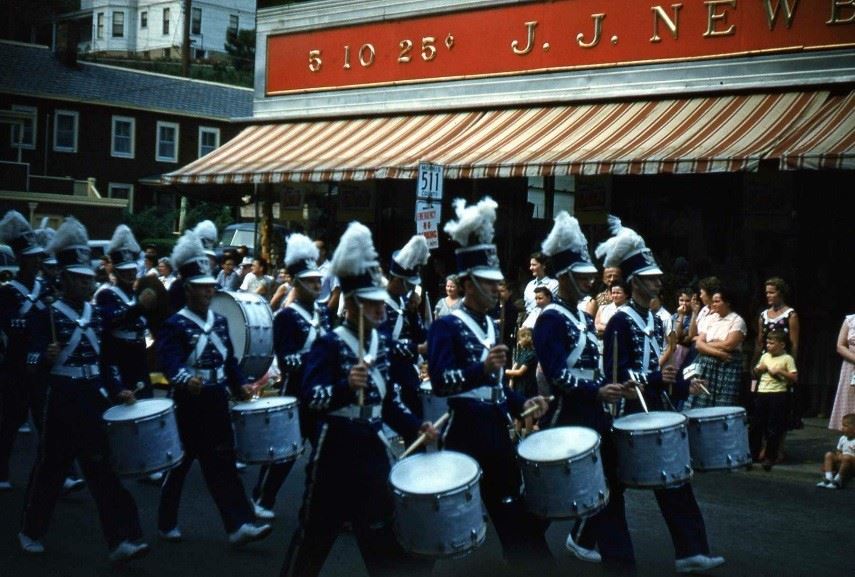 J.J.. Newberry, a landmark on Main Street for decades will close its doors in January 1996, a casualty of its parent company’s struggle to recover from bankruptcy, and a body blow to Boonton’s struggling business district.

Mayor Louis Masterbone said, “That was the heart of Main Street. It’s the end of an era”

The store, which has five employees, will be the second landmark to close on Main Street within a year. In August, Marcello’s Sport Shop closed its doors after 88 years.

Edward Bolcar, who will take over as mayor in January 1996, said he would like to see a similar type store to fill the space.

Many senior citizens complained at the time that they were losing a valuable resource, since it was the only five-and-dime within walking distance.

Shoppers were picking through the bargain racks said they would miss the Main Street store. “It’s always been a handy place” one shopper remarked.

In the December 21, 1996 Daily Record it stated that the Holmes Library had considered moving to the location in addition to a Parsippany chiropractor. Neither of which made the move. 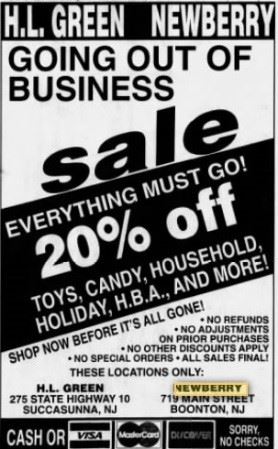 The Town officials and residents are ready to see 30,000 tons of contaminated soil begin leaving Pepe Field. The U.S. Environmental Protection Agency, which began the clean-up project in the fall of 1998 and recently completed phase one, will begin excavating the bad soil next month.

The initial phase, known as stabilization, included setting up emergency procedures with town officials, cordoning off the contaminated soil from homeowners property, and setting up perimeter sensors to detect hazardous gases in the air. The gases in question, methane and hydrogen sulfide, can be dangerous if not gauged correctly.

By products from Drew Chemical’s soap and vegetable manufacturing plants were dumped at the site from the 1920’s to 1950’s producing the noxious gases under the soil.

By August, two thousands loads of waste was removed from Pepe Field. The paper stated the clean-up to be completed by November 1999.

Taken from the Daily Record newspaper

The board of Aldermen name Lucille Rockis, Citizen of the Year. Rockis, who in 1999, had been working in the Boonton’s social services department for 18 years but had been collecting food for the poor year-round, year after year. The paper stated, she spends much of her time acquiring food for about 180 families. In addition, with the help of volunteers, gift packages were prepared for the Christmas season.

Boonton and Morris County made history this week – and it’s about time. For a while it seemed like it would never happen.

Banks a 33-year veteran of the Boonton Police Department, was officially appointed chief of police. With that action, Banks became the first black police chief in Morris County history.

For Banks, a lifelong Boonton resident, the appointment is a fitting crown on a career that has seen him work his way up through the ranks, at times assuming the responsibilities of higher ranks without the proper recognition. In October 1989, the board of aldermen announced it would consider only Banks for the post replacing retiring Chief Pat DePalma.

After graduating from military school in 1949, Banks joined the Air Force, where he served with the military police from 1951-1955. He also attended County College of Morris for two years studying criminal justice.

It’s been a long road for Banks. His appointment is ample proof that dedication and persistence pay off.

Lisa was born with nystagmus and diagnosed with cone dystrophy while in middle school, both conditions affecting her vision. In high school, she tried various track and field events, eventually moving to shot-put and discus. She became involved with goalball in 1995. 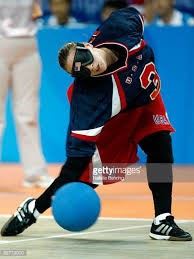