Sisters of the Swish

Boonton’s Centennial Celebration went into full swing when a delegation of women appeared in old-fashioned costumes at the Town meeting recently to hear Mayor Scerbo read a proclamation establishing the fun group called “Sisters of the Swish”.

Mrs. Evelyn Eckardt, who was just appointed chairman of the Sisters, presented the first membership to the Mayor’s wife, Lucille Scerbo.

The enthusiastic group of women lost no time in bantering the men that they would have a larger enrollment, Emidio ‘Toot’ Cacciabeve, chairman of the Brothers of the Brush advanced the challenge that the losers would wheelbarrow ride the winners down Main Street. 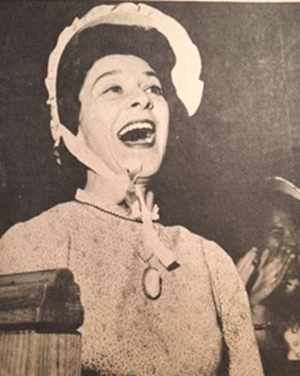 With that the competition for the highest membership is on. All men and women are urged to join their respective organizations and boost the membership. As this celebration culminates towards the end of May, we should see some lively antics taking place.