Later, the store moved to the corner of Main and Division. 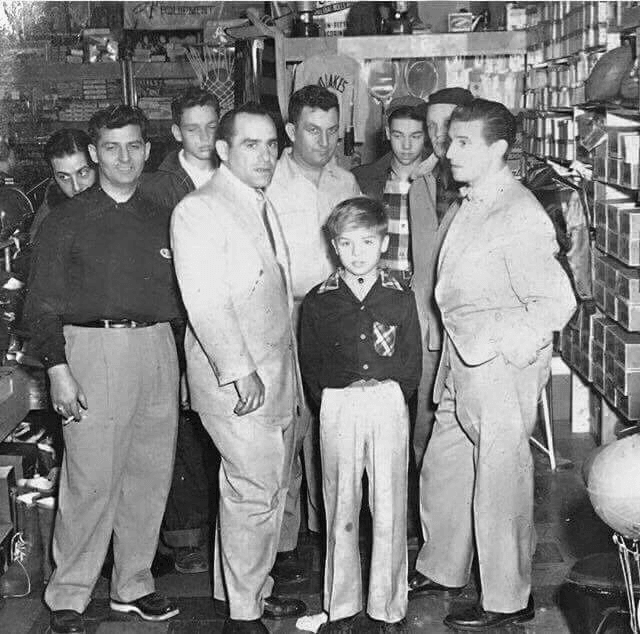 On October 8, 1956, the day Don Larsen pitched the perfect game to beat the Brooklyn Dodgers 2-0, to give the Yankees a three-games-to-two lead in the World Series they would win, Boonton’s Joe Marcello was there and got caught up in a unforgettable moment. As the top of the ninth got under way, Joe, left his seat and his wife Alice behind, strode down the aisle and got in position to climb atop the dugout. As soon as Larsen struck out Dale Mitchell for the final out of the game, Joe climbed over the dugout and leaped onto the field to become part of the celebration. His image is captured forever as one of the celebrants, happily patting Larsen on the back as he walked off the field. And during that ensuing rush, Joe was the one to pick up Larsen’s cap 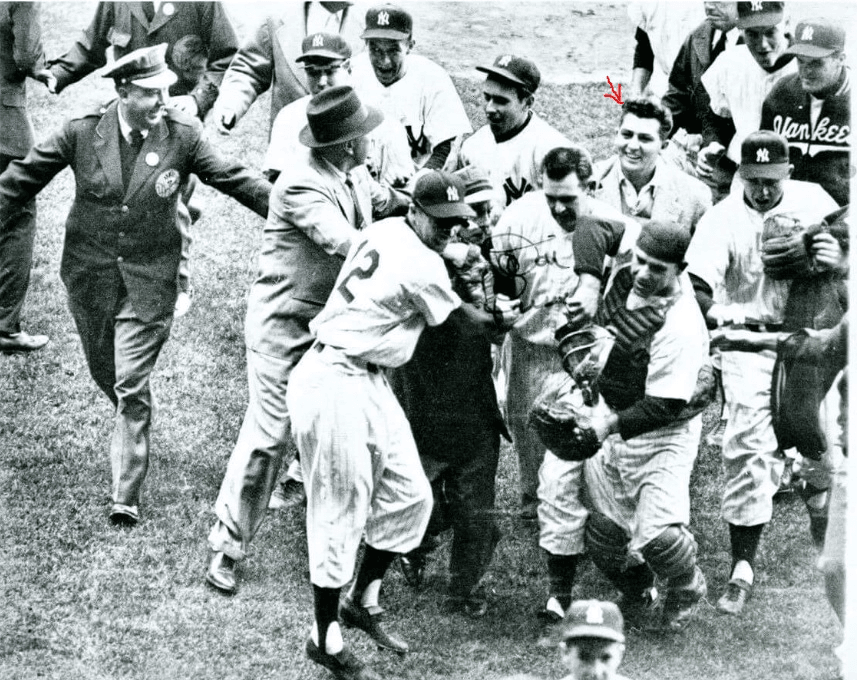 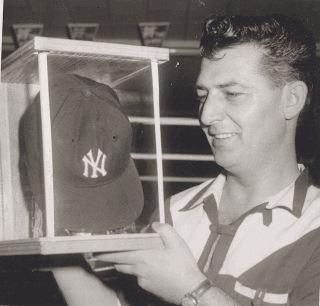 “I saw Joe go down the aisle, I had no idea what was going on” said his wife Alice. Everyone – fans, spectators and ushers – was caught up in the magic of the perfect game, Joe casually found his way back to Alice, hat in hand. He had picked up the Yankee’s cap after it had fallen to the ground when catcher Yogi Berra jumped on the 6-4 hurler in a now-famous bear hug.

He offered to return it to Don Larsen on one condition, that Don Larsen show up in person at Marcello’s Sporting store. Larsen never made the trek to Boonton.

Joe passed away in Oct of 1993, The  following year in May of 1994, his family donated the cap to the  Baseball Hall of Fame in Cooperstown, where it will become part of the  Don Larsen perfect-game display in a section of the Hall devoted to  outstanding World Series events.