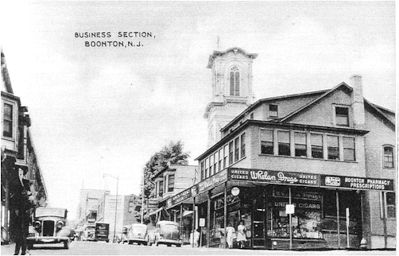 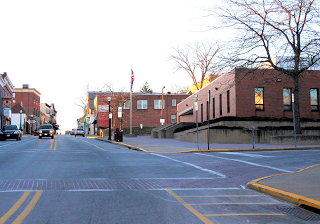 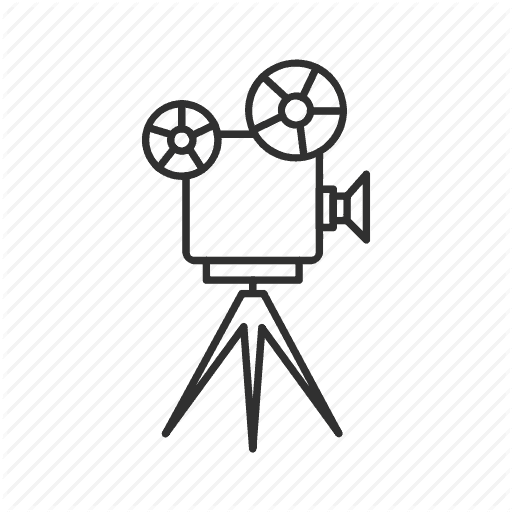 The 51st annual inspection and celebration of the Boonton Fire  Department on Labor Day, for the first time in many years was a  “community event” with no visiting fire companies and no fire  competition between neighboring fireman. This is due to the tire  shortage and the gasoline rationing for the duration of the war. What  was lacking in visiting groups was well compensated with the Boonton  organizations which participated in the parade. This year, the parade  proceeded down Main Street. Assembling in West Boonton, the parade  proceeded down Main Street, to Washington Street, To Dawson Avenue, to  Lathrop Avenue, to Maple and disbanded on the John Hill field where the  day’s events took place. (The reference to the John Hill field is where  the present High School exist today – 2017)

Also  due to the war, the first auxiliary fire department was formed and held  meetings and drills at the Maxfield Engine House. This organization is  still active today, but in 1990 changed its name to the Boonton Junior  Fire Department.

World War II and Impact to the Boonton Community

“It was a Sunday afternoon on December 7, 1941 and lots of people were at the Boonton High School field watching the local semi-pro football team, the Panthers, play football. Bill Bednar was watching the game and his friend came by and said to Bill, “We are at war.” To which Bill replied, “What did I ever do to you?” Then an announcement was made over the loudspeaker that Pearl Harbor had been bombed.”

During WWII, people proudly put a flag with a blue star in their front window so everyone in town knew if a family member was serving in the military. If a Gold Star was displayed in a front window, it indicated that a soldier had died in the line of duty defending his country

Everyone in America took the War very seriously and we understood the sacrifices the soldiers were making to keep us free. Military people were greatly honored by our generation and deservedly so. We didn’t ask for WWII but we certainly were not going to lose it.

Because meat was rationed, many people in Boonton began to raise chickens and even rabbits in their back yards. People were encouraged by the government to plant a “Victory Garden” to provide for their family’s need for fruits and vegetables.

This was a tremendous help to the government and one Internet site said that in 1946, when people suddenly stopped planting their victory gardens, there was a shortage of fruits and vegetables that year.

Many young families couldn’t afford to live independently while husbands went to war. Mothers and their small children often moved back home to live with their parents.

An average family’s income in 1940 was approximately $2,000 a year. Yet everyone was so patriotic they invested in War bonds to help fund the war. Bond stamps were sold for as little as 10 cents, and when the War bond stamp book was filled, the bond would be issued. 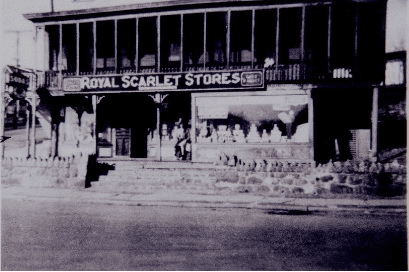 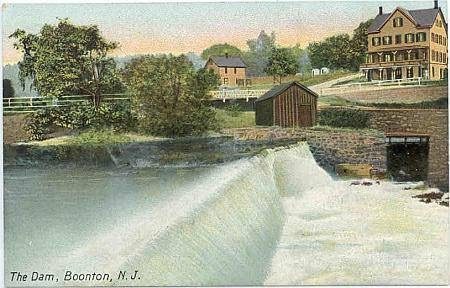 At the Royal Scarlet Grocery that Lloyd Charlton’s parents owned, they put pictures of soldiers in the window.

“We called it the XYZ SOCIETY,” Alice Charlton Heaton said. “We had a big bulletin board and the guys would write to my mom at the store and the letters were posted on the bulletin board so everybody could read them.” 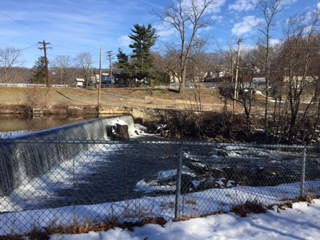 The article went on to say: “A service flag with 16 stars might well hang in front of the home of Flaviano and Annunziata Di Edwardo at 133 Morris avenue(*), for among their 51 grandchildren, that many are in the active service in the armed forces”. Mr. Di Edwardo came to this country from the Province of Abruzzi, Italy in 1905. He shortly sent for his two eldest sons and in 1912 brought his wife an remaining children here. (*) The couple’s home resided on Monroe St although their address was listed as Morris Ave in the telephone book at that time. 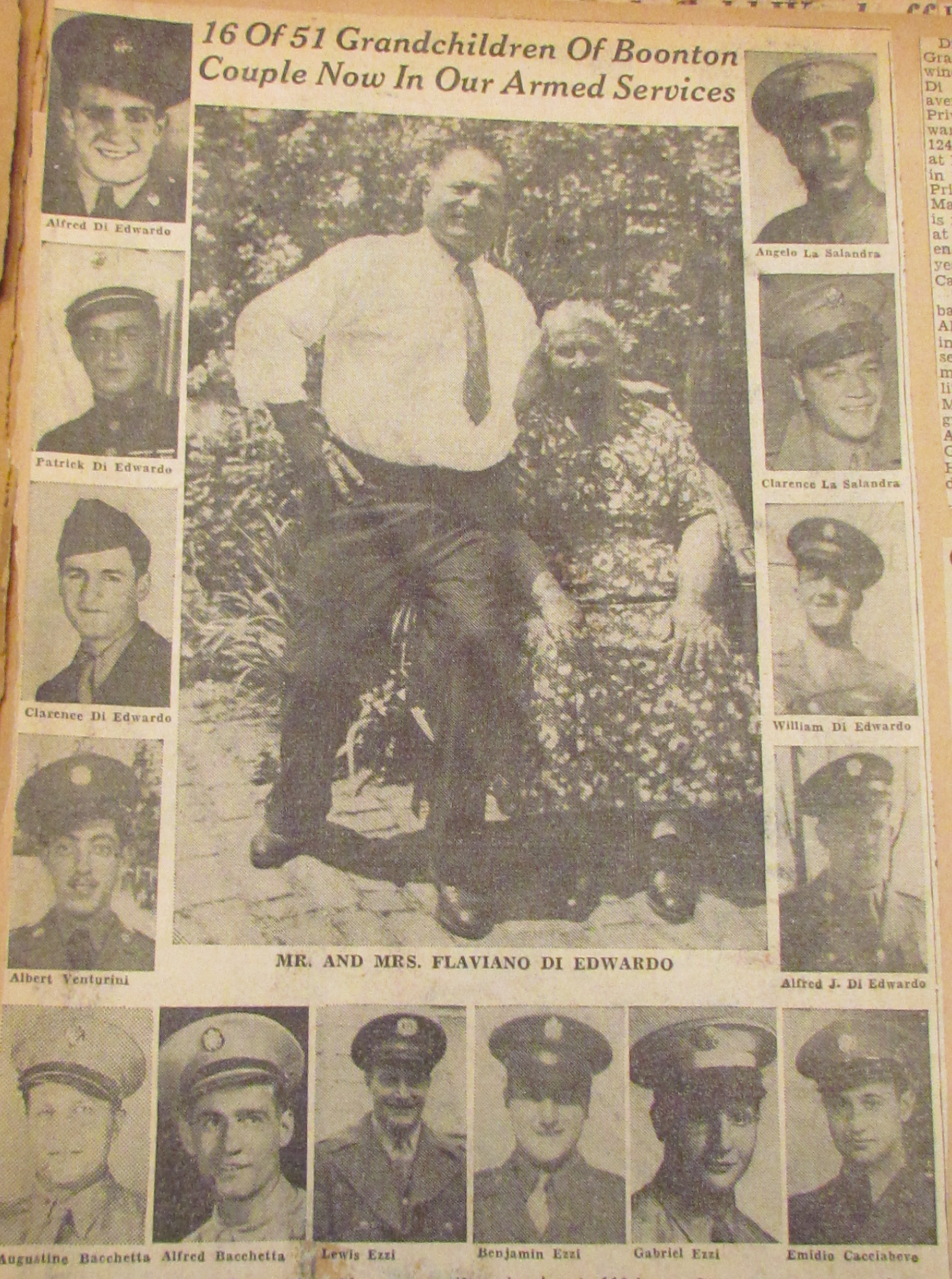