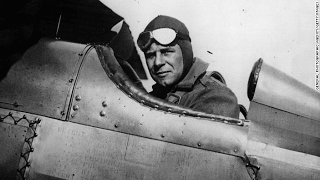 In 1924, Aircraft Radio Corporation (ARC) was part of the burgeoning  instrument flying industry. Up until then, pilots generally used ground  landmarks to assess their route, which limited their ability to fly at  night or in adverse weather conditions. That all changed in 1929.

Army Air Corps pilot Jimmy Doolittle made history at Boonton by taking off  and landing from the ARC field purely by use of radio beacon and  transmitter, without looking out of the cockpit.

The work he and the ARC engineers did on that field revolutionized aviation, making it possible  for pilots to fly just about any kind of plane in virtually any  conditions.  Already, airplanes had gotten more advanced than some  pilots' abilities to take in how quickly they were moving and in what  conditions, and without some kind of assistance, it was likely they'd be  unable to fly safely.

It  would be downright impossible for today's complex global airline  industry to exist without the use of on board instruments. Some might  even say that Doolittle's work laid the foundation for eventual space  flight.

Beyond  Boonton, Doolittle built a formidable reputation as an ace pilot and  Medal of Honor recipient in World War II, eventually rising to the rank  of general. He also stayed in the forefront of aviation and space  technology as a test pilot and, following his retirement, in private  industry.

Semi-Pro Football in Boonton Gets Its Start in Boonton

Boonton’s first Semi-Pro team was sponsored by the Elete Ice Cream Parlor and was known as the “All Eletes”. This all happened in 1923. Most of the players were from the Boonton area. The Elete opponents included such teams as Peterson and Totowa. The team lasted until 1925 and was captained by Jim “Squab” Duncan.

Between 1908 and 1940 it is estimated that Sears Roebuck sold more than 75,000 ready-to-assemble homes in 447 styles from elegant homes to simple cottages. Enjoying wide popularity throughout the country, the typical Sears home kit contained 30,000 pieces, including 750 pounds of nails, 27 gallons of paint and a 75-page instruction book. Sears estimated that the average carpenter would charge $450 to assemble those 30,000 pieces, a painter would charge $34.50 and that other skilled labor would cost $1.00 an hour.

Homes could be customized according to varying tastes and individual requirements, while some floor plans indicated suggested placement for furniture and fixtures. Prices for these homes ranged from $600 - $6,000.

The  interior has five rooms and one bath. The porch, believed to have been  enclosed by prior owners, still maintains its original stucco and wood  gable.

There were two floor plans available with this model and the cost ranged from $858 to $2,391. 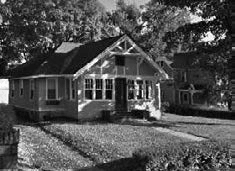