The oldest house recorded in Boonton and listed on the New Jersey Register of Historic Places.

Located  at the lower end of Vreeland Avenue, this property was originally part  of a tract of 231 acres purchased in 1728 for £85. It sits on 2.5 acre  wooded lot and includes an historic frame house dating from 1740, and a  barn. It is the oldest house recorded in Boonton and is listed on the  New Jersey Register of Historic Places. The property sits on a beautiful  wooded landscape with a stream flowing through it.

Only  three families have owned this house, each of whom added to the  structure. The original one room Dutch Wing purchased by Johannes Miller  in 1740; federal addition with gambrel roof by Issac Kingsland c1798,  and the latest addition by Mae and Alex Fowler who purchased the house  in 1938.

Much  of the original fabric of the home still exists: Dutch architecture,  which is very rare in the northeastern United States; a large cooking  fireplace and beehive oven, with date stone (see photo ); the original  crane and fire back in the living room fireplace and an original  staircase railing, wood trims, and wide plank floors. In an effort to  preserve this property the Town of Boonton has been successful in  securing a grant of $1 million from the Morris County Preservation Trust  and a further $300,000 in Green Acres funding. Mayor Wekilsky, quoted  in the Neighbor News, said “this is the first time anyone here can  recall the Town of Boonton getting a return on the county open space tax  that we all have been paying for many years.”

A  detailed history of this house, the original owners and their  descendant’s is recorded by Alex Fowler in his book ‘Splinters from the  Past” ,Although this fascinating book of local architecture is out of  print, the Historical Society has several copies for sale. 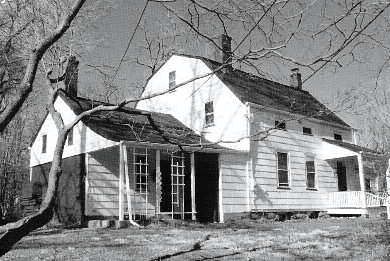 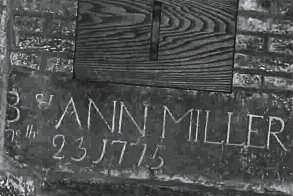 The Development of the Town - Early Settlers From England

Boonton became a separate municipality, and was incorporated as a Town under a charter granted by the State Legislature in March, 1867. The area within the limits of the new Town was formerly part of the old Townships of Pequannock and Hanover. Under the charter, the new Town was governed by a seven-man Board of Trustees, but, by an amendment to the charter in 1872, authority was vested in the Mayor and Common Council, now known as the Mayor and Board of Aldermen.

Boonton's charter of 1867 was a milestone in the long history of the Town. More than a century earlier the village of Boonetown (Booneton, Boonton) was established on the Rockaway River, about a mile and a half downstream from the center of the present Town.

As early as 1747, Obadiah Baldwin operated an iron refining forge at that place, where water power was in ample supply, and raw materials, such as iron ore and wood for charcoal, were not too far away. Under David Ogden, the owner of the site and a large tract of surrounding land, and, later, under his son, Samuel, the ironwork was enlarged, and a village of workmen and their families emerged. This village was named by the Ogden’s "Boone-Towne" in honor of the Colonial Governor, Thomas Boone, in the year 1761.

William Scott was not the only one to see that the nearness of the canal to Booneton Falls (in the present Town of Boonton) would make that site ideal for a large manufactory. A group of business men in New York City shared Scott's view, and incorporated themselves in 1830 as the New Jersey Iron Company, with a capitalization of $283,000.

Machinery and families of iron workers were imported from England, and with the erection of the mills, a new town, called Booneton Falls, began to appear on the rugged hillside overlooking the river. With but few lapses the new Iron Company flourished for nearly fifty years, during which time the works were greatly enlarged, and many more employees were hired and encouraged by easy terms to own their own homes.

The new village of Booneton Falls - like the older Booneton downstream - was essentially a one-industry town. The Iron Company supported the Town with its payrolls, and owned most of the land that was later to be within the Town limits. In a spirit of benevolent paternalism, the Company encouraged its employees to be not only industrious, but also sober, church-going, and responsible citizens, and, toward that end, made generous contributions of land for churches, schools, and cemeteries.

With the fortunes of the Town so intimately tied in with those of the Iron Company, what followed when the Company closed down its operations in 1876 can be described as nothing short of a major disaster.

The discovery of large deposits of surface iron ores in the Great Lakes region, and the national depression of the 1870's had a paralyzing effect on the iron mining and manufacturing companies in the East; the deaths of D.B. Fuller and J.C. Lord, who had acquired ownership of the New Jersey Iron Company properties in 1852, made the collapse of the industry in Booneton more precipitate and final. Although several attempts - one by the eminent Joseph Wharton - were made to re-establish iron works on a smaller scale, none endured for any great length of time. Only vestiges of foundations and structures remain in the "Hollow", between Plane Street and the river, to remind Boonton of its own Iron Age.

The disaster of 1876 taught the people of Booneton an important lesson: never again should the economic health of the community be allowed to depend upon that of a single industry, and every effort should be made to secure a diversity of industries for the Town.

One of the first of the new industries secured for the Town was a silk manufactory, which, as Pelgram & Meyer, and, later the Van Raalte, Inc., contributed materially to the Town's prosperity. Others that followed were a knife factory, a paper mill (at the old village, by then called Old Boonton), a nail factory, a brass and iron foundry, and a carriage factory.

Other payrolls also brought money into the town: The Morris Canal, although going into a rapid decline, still employed a number of men; the Lackawanna Railroad, which had completed its Boonton-Paterson branch in 1875, gave employment to a number of Boonton people, and provided commuter service to a number of Boonton residents who worked in New York City and other places along the way. There were, of course, many individually-owned businesses, such as blacksmith shops, machine shops, bakeries and a miscellany of stores, all of which began to prosper as the nation - and Boonton - emerged from the depression of the 1870's.

The  Boonton Police Department was established May 20th 1867, by the Chosen  Board of Trustees of the Town of Boonton, at a meeting held at the house  of Charles P. Davenport. At this meeting a motion was made to appoint  James Handville as Town Marshal and John H. Conine as Assistant Marshal.  An ordinance outlining the duties of the Marshals was passed on May 29,  1867.

This ordinance states that the Marshal was responsible for security, peace, and good order of the town.

He  was responsible for the efficient execution of the law, regulations,  and ordinances; to apprehend or seize civilly if practical, if not by  force, and carry them before either of the Police Justices any person or  persons who may be found violating the laws of the state or the  ordinances of the Town of Boonton.

Any  person or persons convicted of an offense were punished either by  imprisonment for up to 30 days in the county jail or other secure place;  or by a fine of no more than $20 for the first offense. The marshal was  able to call on any citizen or citizens for help in carrying out his  duties. It was further ordained that said marshal receive compensation  of $35 per year for his services.Boonton Police w
For more about the Boonton Police, visit the Boonton Police website.